We have a beautiful bald mountain, Prato Fiorito, (field of flowers), up in the Apennine mountains behind our small village. I often write about this mountain because it is so beautiful. It is a steep climb to the top, up a tiny goat track cut into the thick vegetation of grasses and flowers, a verdant feast for the goats and the partridges. We have found a neolithic axe head on this mountain so it is obvious that it has always been a hangout for people forever, up there to observe the clear skies at night and the great vistas to the sea by day. Looking at it from the distance of our village, Michael would often remark on its seeming ability to produce clouds, calling it the cloud factory. You would see the clouds slipping over the peak, resting there lightly, slumping, before falling outwards to the valleys. Sometimes they lean heavy and grey, sometimes they are royal white domes roiling deliciously as they lift up off the steep slopes.

Michael’s latest series in his work, Clouds, is in harness with his Astronomer series. It comes from the wonder and yearning of discovery, of looking up into the sky, into the universe at night  to observe the stars and planets and constellations sparkling in that mysterious darkness, and then in the day, to watch the passing of clouds, in their hues of white, grey, black, orange and green as they are manufactured over our oceans and mountains. It has become a joyous part of Michael’s work, to reflect on our tiny perspective from earth, on that peripheral moment in nature, just as the ancients did and who were perhaps in higher tune with this evolving nature in the sky, than we are today, cosseted in our homes and interior lives. 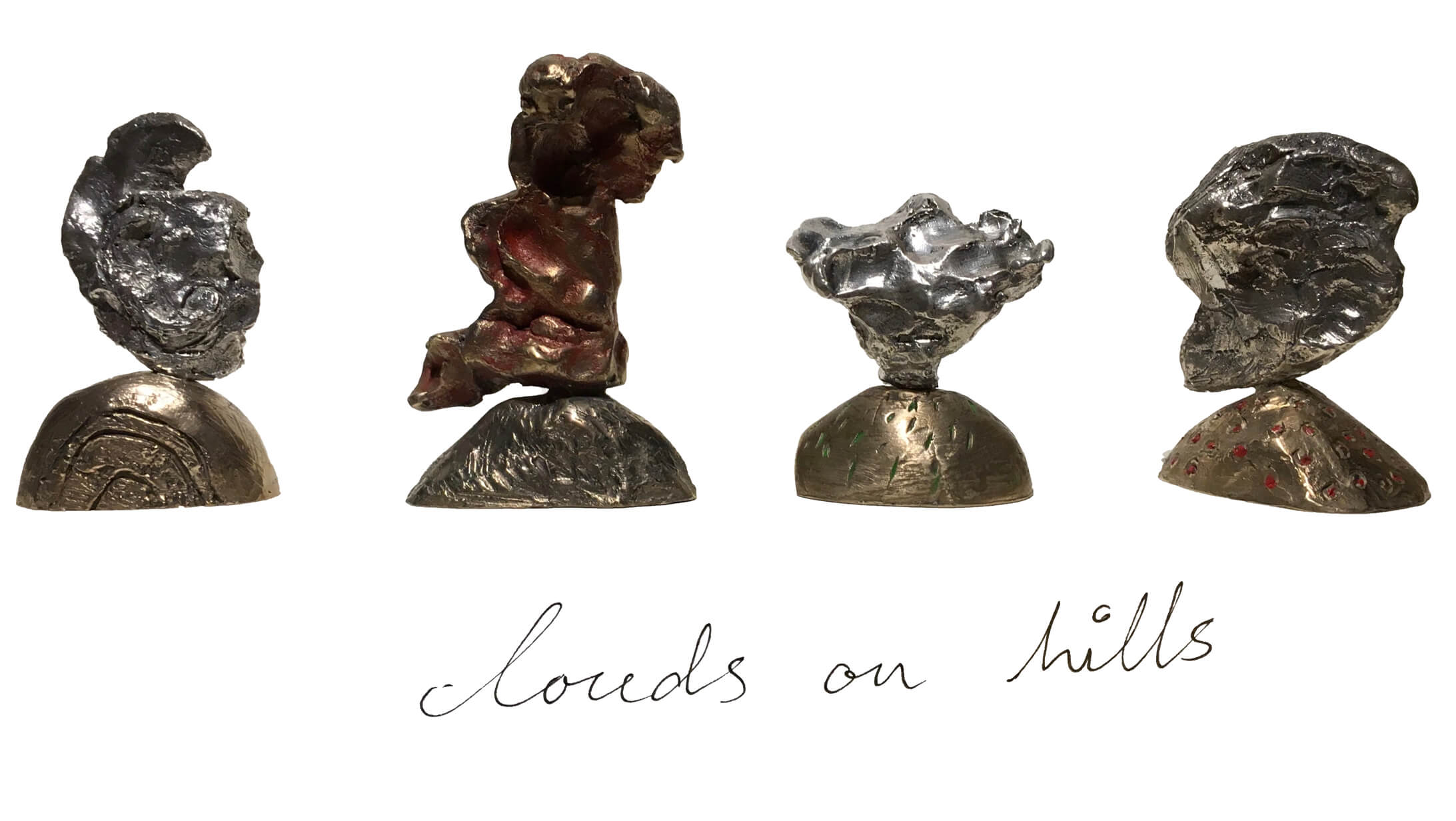 Early this year we took a wonderful trip up through France to England. Along the way we stopped at a friend’s lovely town in the Languedoc where he took us through his jewellery studios sharing his influences in his art, his techniques and some journeys into the countryside where he introduced us to the local red marble, called the King’s red and of course, food. Michael was particularly inspired and transfused with delight. It began his tiny series of the clouds on hilltops, using bronze and pure silver and carved jade. He found a foundry near Oxford in England where he could cast his tiny works in bronze and silver and a new journey has begun for him.

However, once back in Pietrasanta, with a glorious block of statuario on his banker, a new cloud has been born, definitely a magnificent cumulus as it barely touches the liver coloured stone beneath it. Michael has called it ‘Cloud Passing Montefegatesi’. Montefegatesi is a village beneath Prato Fiorito. This gorgeous cloud gently turns on the hilltop, creating new vistas and shapes and fleeting pictures. 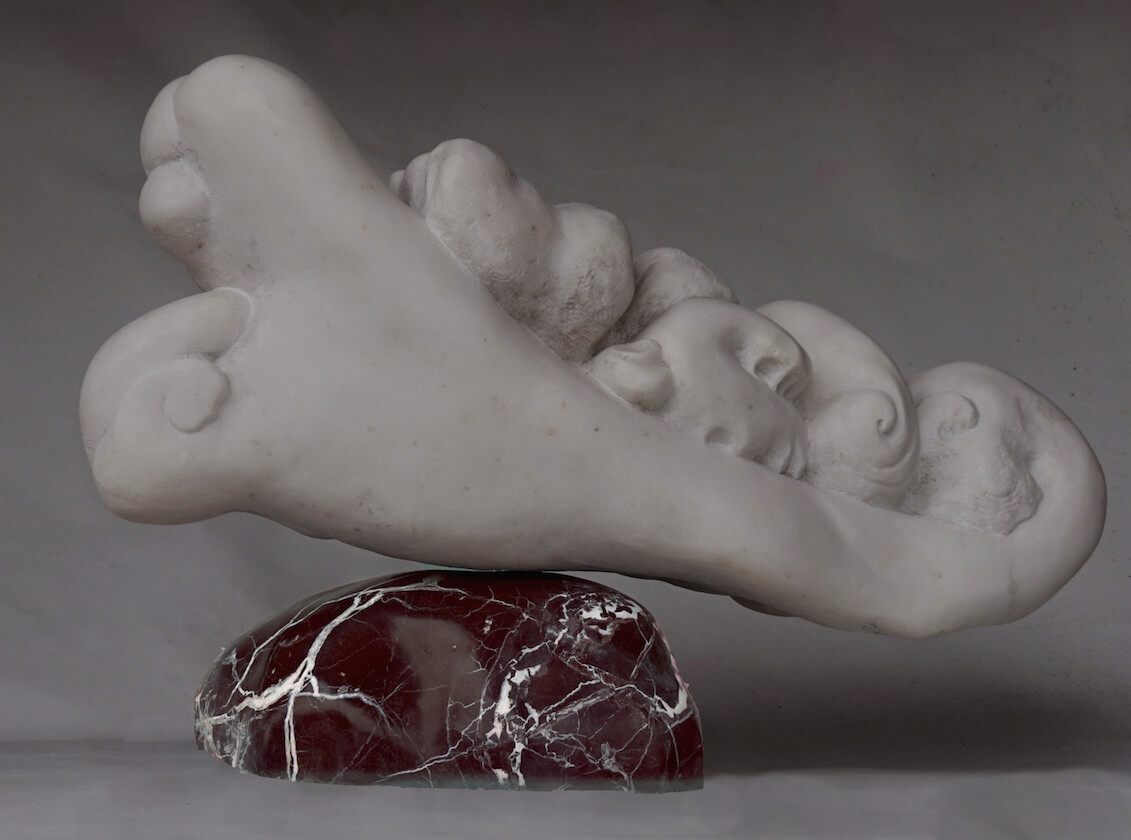 There is something about clouds and their passing, an ode to a life of creation, here and gone, glorious one moment and a wisp the next, at the mercy of winds and sun and water and mountains that stop their passage, forced to rest a moment.